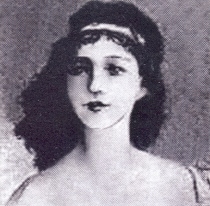 In 1805-06 Nikolai Rezanov spent a miserable winter in the Russian outpost at Sitka. Life in the Russian colony was beyond wretched: the log cabins were cold and damp, the food stores were dwindling, the clothing was infested with vermin, the men suffered from scurvy, and there was no work to keep  them occupied—nothing to do but drink, brood, and fight.

In desperation, and in spite of winter storms, Rezanov put to sea and headed south to California. On March 28, 1806 the ship sailed into San Francisco Bay. They were welcomed by the Spanish, who had been expecting a Russian exploratory expedition to arrive. Rezanov was not that expedition, but he didn’t mention that. He told the comandante that he had been entrusted by his emperor with command over all his American territories (i.e., Alaska), and had come to California on orders to confer with the governor of the neighboring territory. This was not precisely true, but it was better than admitting that he and his men were starving.

The commander of the Presidio was Don Jose Dario Arguello. At dinner Rezanov met his gracious wife and eleven of the Arguello’s thirteen children. The eldest daughter was Maria de Concepcion, known to her family as Conchita. Fifteen years old, she was considered “the beauty of the two Californias.” She was tall and slender, with clear fair skin and sparkling brown eyes.

After a stinking, starving winter in Sitka, it’s not hard to see why Nikolai Rezanov fell for Conchita. She was not only beautiful; she was lively, charming, and kind. But what did Conchita see in the 42-year-old emaciated widower from Alaska?

Stay tuned for more of the story of Nikolai and Conchita.