A Visit to Vina

What do a 12th century Spanish monastery, Peter Lassen’s ranch, Stanford University, and New Clairvaux Vineyard have in common? They all come together at Vina.

I have been planning to take the short (19 miles from Chico) drive north to Vina for ages now. I finally did it today, together with my husband Jim and our daughter and her family. If you live in Northern California, it is well worth the trip, in history alone, and if you like wine, that’s another reason to go. 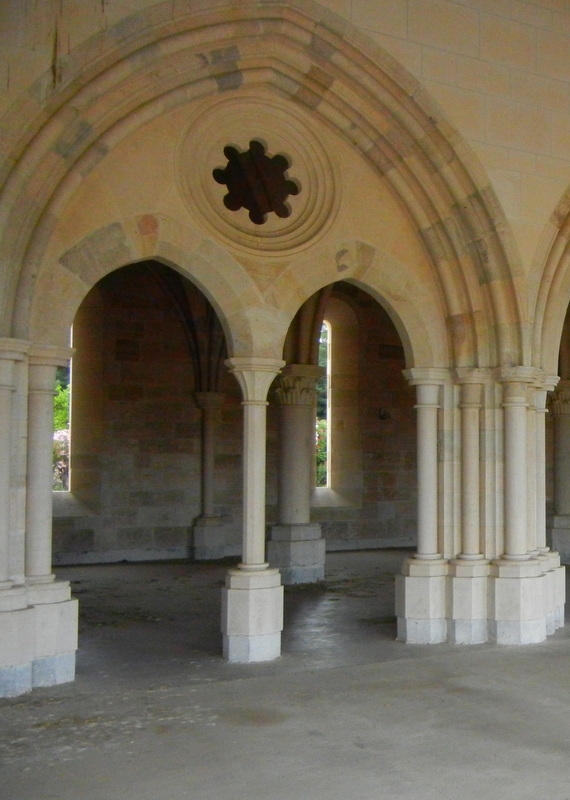 The Abbey of New Clairvaux is a Cistercian Trappist monastery following the Rule of St. Benedict. It was founded in 1955, and is home to over 20 monks, who spend their days in prayer and manual labor. They care for walnut and prune orchards and grape vineyards.

The abbey site in Tehama County is rich in history. It was once part of the 22,000 acre Rancho Bosquejo, the Mexican land grant belonging to Peter Lassen. In 1852 the property passed to Henry Gerke, who was successful in growing grapes and making wine. It was during Gerke’s time that the site acquired the name Vina.

Later the ranch was bought by Leland Stanford, governor and railroad baron, who built up a land empire of 55,000 acres. His “Great Vina Ranch” became the world’s largest wine operation. The huge brick fermenting plant built by Stanford still stands. Difficulties in growing and processing the grapes in the hot Sacramento Valley meant that the wine business was never as successful as Stanford hoped, but he did pretty well with brandy.

After Stanford’s death in 1893 his wife carried on the business, which helped to finance Stanford University, but increasing pressure from the temperance movement led the University to get out of the wine-making business. They uprooted the grapevines and sold off the land in 1919. Sixty years ago the Cistercians bought it from a dairy farmer named Flynn. In addition to the orchards, they re-planted grapes and established New Clairvaux Vineyard.

Lassen and Stanford are not the only famous California names associated with Vina. William Randolph Hearst comes into the picture as well. For the last 20 years the monks have been reconstructing a medieval Spanish chapter house using stones from a monastery that Hearst acquired in Spain. Hearst never used the stones to build his second castle. Instead they have come home to the abbey. You can read more about this project at Sacred Stones.

For fascinating history in a scenic package, Vina is hard to beat. Go visit it soon. The linked websites have all the visiting information.

1 Response to A Visit to Vina