Stage Drivers: The Beaus of the Road

Posted on September 5, 2015 by nancyleek

More of the recollections of D. F. Crowder, from “The Eventful Yesterdays: The Story of Early Chico,” Chico Enterprise, January 1, 1918.

The big event of the day in ’56 at the Bidwell Rancho was the arrival of the stage coaches which ran regular up the valley from Sacramento. They were great, lumbering Concord coaches with sometimes four, but more often six horses to them. The animals were changed about every ten or twelve miles and the time made by these coaches was good. One came from the north and one from the south each day. When it came time for them to arrive little knots of men would gather in the road and peer north and south for a glimpse of the rising dust. Then someone would shout “Here she comes!” and soon the galloping horse covered with foam would dash up in front of the hotel. 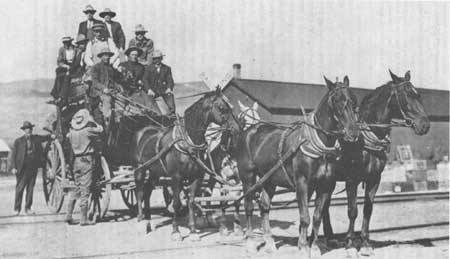 A Concord coach in Idaho.

There would be a groan of the brakes, the stage would stop and tired dust-covered travelers would alight to stretch their legs and ask the news. But it was not for long for the horse would be changed rapidly, the mail was thrown into the boot and away with the crack of a whip the horses would dart down the long trail which soon was lost in the mass of oaks which lined its path. 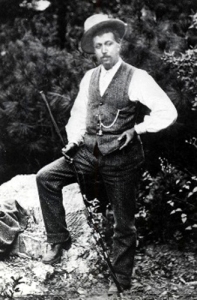 I learned in the years that followed that stage drivers were top crust. They were the beaus of the road and women passengers vied with each other to ride with them. They were generally dressy, good-looking young fellows, and wore long leather gauntlets on their wrists and little white Stetson hats. In later years whenever there was a dance in Chico or any social affair the stage drivers always lead the grand march or were the lions of the evening. And this not without reason, for in those days stage driving required a deal of skill and knack and besides some personal bravery for stages were constantly being held up and robbed, often with an attendant lass of life.

And finally, who could resist a still from the classic movie Stagecoach, with Claire Trevor and John Wayne, directed by John Ford. 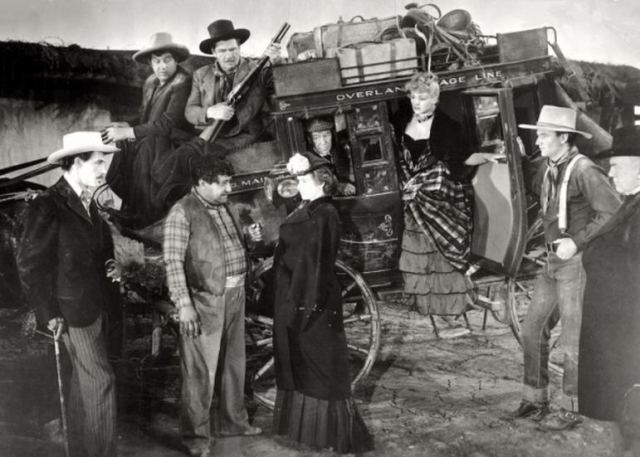 Nancy is a retired librarian who lives in Chico, California. She is the author of John Bidwell: The Adventurous Life of a California Pioneer.
View all posts by nancyleek →
This entry was posted in Stagecoaches. Bookmark the permalink.