John Bidwell and the 1864 Republican Convention

On May 27, 1864 John Bidwell arrived in New York City. He had traveled via the Isthmus of Panama from San Francisco to New York; the trip took a little over 3 weeks. He kept a journal with very brief entries.

He went East as a delegate of the California Republican Party. The national party at this time was called the National Union Party and was an amalgam of the majority of the Republicans plus Northern Democrats who favored the war. The convention, which was held in Baltimore, quickly nominated Abraham Lincoln for a second term. They also replaced Vice-President Hannibal Hamlin with War Democrat Andrew Johnson. Although Bidwell does not mention it in his journal, he was part of the delegation that went to the White House to announce the nomination to President Lincoln.

Besides attending the convention, Bidwell was also eager to go to the front and meet his hero, General Ulysses S. Grant. He was lucky enough to sleep in Grant’s tent and see the general at work “up close and personal.” 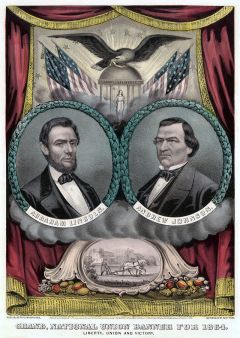 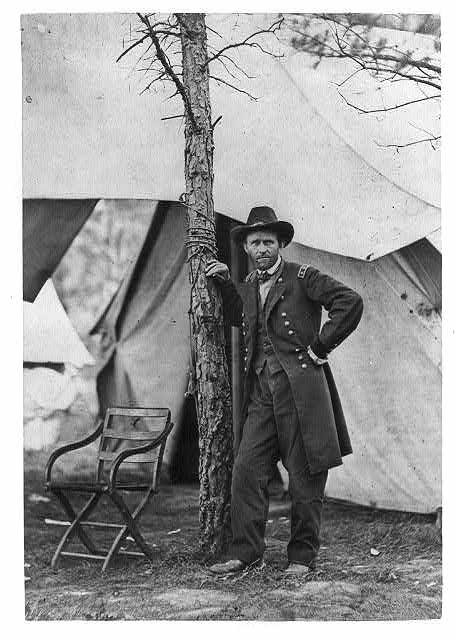 General Grant as Bidwell would have seen him.