Monday, 5th. The hills continued to increase in height. After travelling 16 miles we encamped at a noted place called Independence Rock. This is a huge isolated rock covering an area, perhaps half a square mile, and rising in shape of an irregular obtuse mound to the height of 100 feet. It took its name from the celebration of the 4th of July at this place by Capt. Wm. Sublette, and it now bears many names of the early travelers to these regions.

Independence Rock is located in southwestern Wyoming, near the Sweetwater River.  It’s impossible to miss. 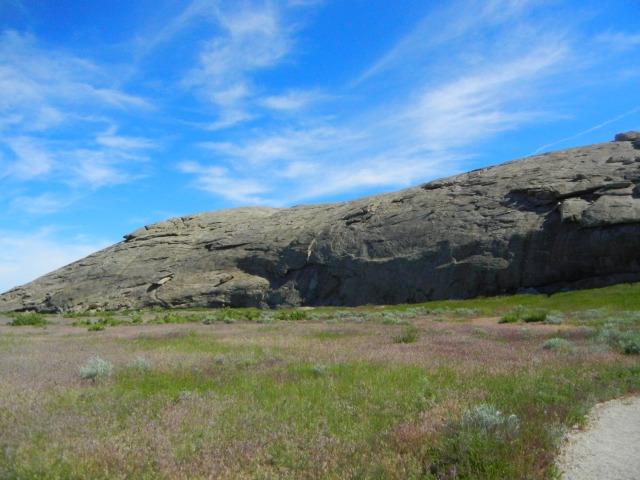 Father De Smet at first thought “it had received this pompous name from its isolated situation and the solidity of its basis,” but he was soon set right. It was also known as the “Great Record of the Desert,” because travelers made a practice of carving their names into the rock. Bidwell and company were no exception. On the 6th he records that “All hands were anxious to have their names inscribed on this memorable landmark, so that we did not start until nearly noon.”

Many names can still be read on Independence Rock. The ones that have lasted are the ones carved into the rock. The ones written with tar or grease have faded away.