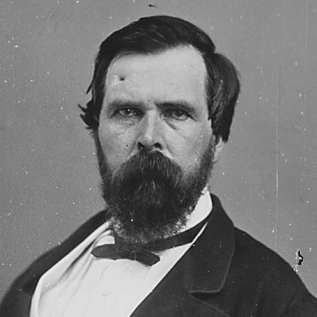 John Bidwell was proud of what he called his “self-possession.” He prided himself on keeping calm and cool during a crisis. Decades after the wreck of the steamboat Belle he recollected the incident as an example of this trait.

The following quote comes from Dictation From General John Bidwell, collected by Hubert Howe Bancroft in 1891.

I think it is presence of mind that helps people out of emergencies. When I see men in a flurry, I am generally able to keep cool. For instance: I was going up the river on a steamer; was very tired when I went on board and secured my berth and went to bed. Suddenly there was a collision* and our steamer sunk five minutes afterwards. It was crowded with men at the time, so crowded that they had to make beds on the deck. I went out to see what was the matter, returned to my stateroom, gathered my things together, and got out on the hurricane deck. Put my clothes there and commenced helping others up as fast as I could.

The other steamer came up to help us, and the men commenced jumping off while the boat was ten or fifteen feet below us, one on top of the other. The sailors were catching and throwing them aside just like pieces of wood. I did not like the looks of the thing, and waited until our steamer had almost gone down before I jumped making one easy step over. It is not bravery, it is something that is forced upon you as a necessity. I generally manage to keep perfectly cool in case of fire and such things.

*It was a boiler explosion and not a collision

The hurricane deck is the uppermost deck on a steamboat, where you could catch a breeze in the evenings.

In this version of the story, Bidwell doesn’t mention the blow he received from the piece of flying iron. This tale is all about him calmly assessing the situation, then stepping from the hurricane deck, valise in hand, to the deck of the rescuing boat.

If you are picturing a large and fancy Delta Queen-style steamboat, you will want to moderate your imagination. We don’t have a picture of the Belle, but it probably looked more like this:

The Great Mississippi Steamboat Race, by Currier and Ives

Nancy is a retired librarian who lives in Chico, California. She is the author of John Bidwell: The Adventurous Life of a California Pioneer.
View all posts by nancyleek →
This entry was posted in Steamboat Belle, Uncategorized. Bookmark the permalink.