I had planned to drive to Sacramento today, but this wet and windy weather is keeping me home. My journey can wait until next week. As it happens, the weather on February 25th, 1862, was nearly identical. 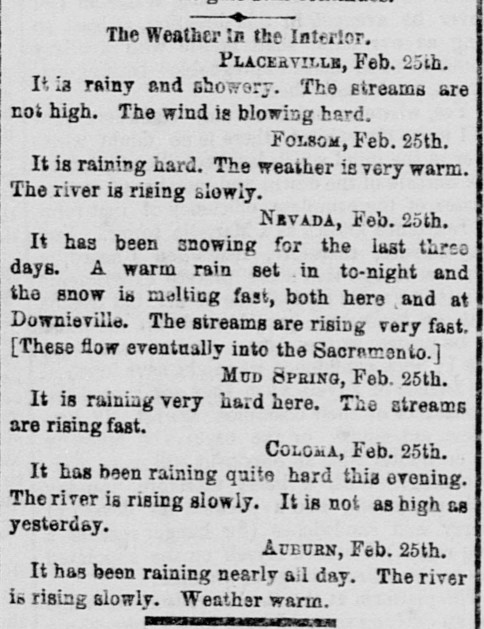 But at least we don’t have boats in the streets.

The Great Flood of 1862 filled the Central Valley of California like an enormous lake. The rain started in November, and heavy rain and snow continued to fall throughout the winter, causing flooding that lasted well into spring. The city of Sacramento, built where the American and Sacramento Rivers meet, had constructed a levee to keep the river water out of the city. Instead, it acted as a dam, containing water in the city, as water flowed in from higher land to the east. 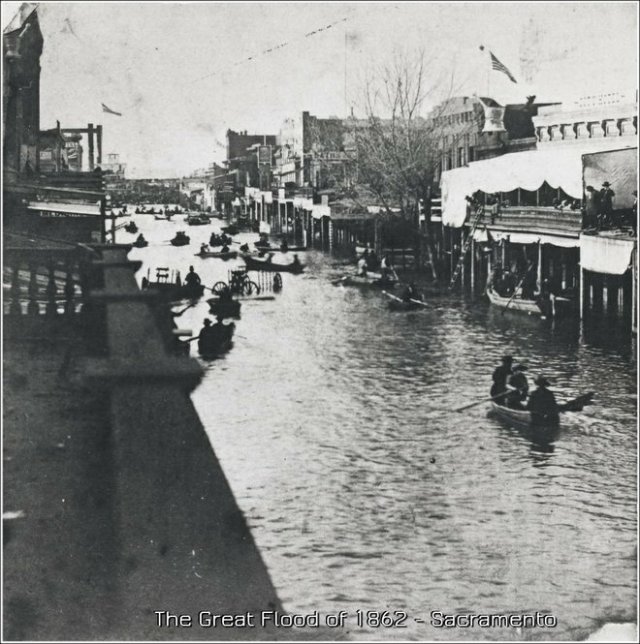 For more on the Great Flood, here is a good article. from activenorcal.net.

Could it happen again? These intense weather events are predicted to happen every 100 to 200 years. But we now have levees, dams, and bypasses in place to shift the water away from urban locations.

On Sunday I went to San Francisco — we traveled via Hwy. 113 and Knight’s Landing, crossing over the brimful Sutter Bypass, one of the channels that takes excess water out of the Sacramento River. Here is a lovely video, shot recently by John Hannon, showing the Sutter Bypass. Near the end you will see Hwy. 113 crossing the bypass, which is wider, though shallower, than the river.