Young men of the 19th century  were not accustomed to doing their own cooking. They had mothers, wives, or boarding house landladies to take care of that. But in the goldfields and mining camps, men had to fend for themselves. Horace Snow took delight in describing his prowess at the cookstove.

He especially took pride in his baked beans, a New England staple:

By the way, when I commenced this epistle, I commenced cooking some beans and now I have them parboiled and pork in, all ready for baking; therefore, I shall not be disturbed for a short time. You see, I am learning several lessons that you will not get at the Traveller Office [where Charlie worked]. Only think of working all day, going home at night, rolling up your sleeves, making biscuits, doughnuts, flap jacks, frying pork or ham, washing dishes, and all such things as pertain to domestic duties!  . . . What an accomplished young man I shall be when I return.

Horace is learning what life was like for a working woman!

The next day he writes:

My bake beans are splendid. Would that you were here to eat some. Eat some out of a tin plate, with an iron spoon. How much better they would relish then eaten from nice china ware and from a table loaded down with the edibles, the fragrance, all of which rush upon the olfactory nerves, thus destroying the flavor of “my good bake bread!” Think of me when you eat bake beans. 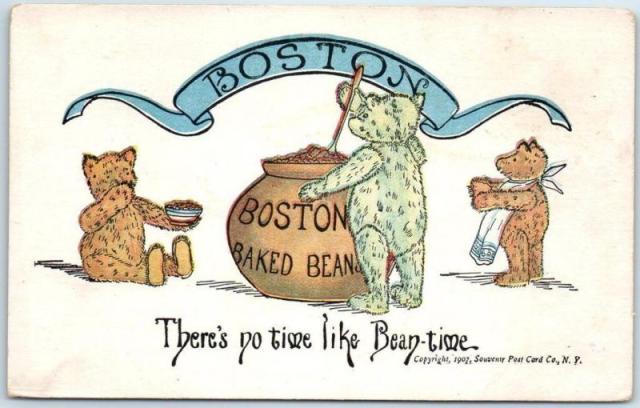 Nancy is a retired librarian who lives in Chico, California. She is the author of John Bidwell: The Adventurous Life of a California Pioneer.
View all posts by nancyleek →
This entry was posted in Horace Snow. Bookmark the permalink.