Thursday 17th. Continued to coast along up the river — encamped on its banks nearly opposite to a huge isolated bluff bearing some resemblance to an immense castle in  ruins. Its distance from us no one supposed more than 1 1/2 miles, and yet it was at least 7. This deception was owing to the pure atmosphere through which it was viewed, and the want of objects, by which only, accurate ideas of distance can be acquired without measure.

The “huge isolated bluff” was probably what other pioneers called Courthouse Rock and the smaller Jail Rock. In the otherwise flat terrain of western Nebraska these features can be seen for miles around. 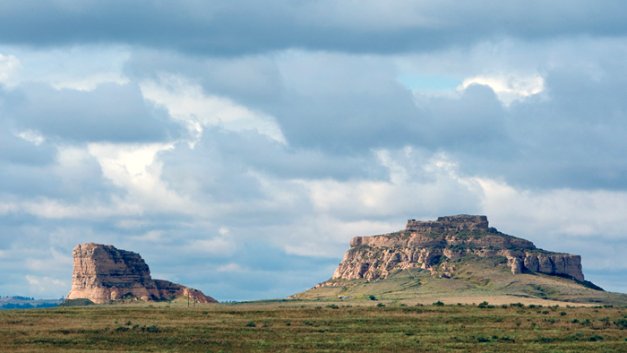