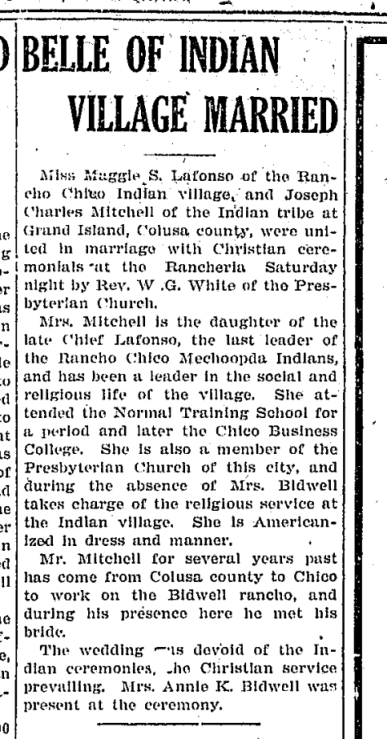 A couple of years ago I wrote about So-Wil-Len-No Avenue in Chico, which was named by Annie Bidwell in honor of her friend, Maggie LaFonso, whose Mechoopda name was So-Wil-Len-No.

Rian Farley sent me this clipping from the Chico Record, announcing Maggie’s marriage to Joseph Mitchell. This article tells the reader how well regarded Maggie was as “a leader in the social and religious life of the village.”

Maggie wanted Annie to marry them, but Annie told her she was not authorized to do that, and so they were married by the Presbyterian minister, the Rev. Willis G. White.

Sadly, two years after her marriage, Maggie Lafonso Mitchell died from complications resulting after childbirth. A son had been born on July 25, 1909, but the infant did not survive. 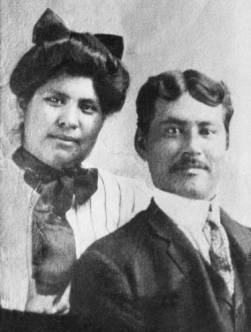 Maggie’s obituary appeared in the Chico Record on November 9, 1909.