“The trial of Althea’s divorce suit began in March of 1884, without a jury, before Judge Jeremiah Sullivan of the superior court of San Francisco. It continued, off and on, until September. In court, Althea told her story with a goodly number of embellishments, many of them rather transparently false.” (Maccracken, Brooks W., “Althea and the Judges,” American Heritage, June 1967)

At the end of this months-long trial, once every argument, witness, and participant had been exhausted, Judge Sullivan gave his opinion that the marriage of William Sharon to Sarah Althea Hill was valid, based on the piece of paper Allie produced. He was reluctant to believe that lovely Althea, educated at a convent, could be a liar.

There were no witnesses to the contract. It was simply her word against his. How it could be a valid marriage when there were no witnesses, no ceremony, and no filing of a marriage certificate, was never addressed. Judge Sullivan opined that “mutual consent without any form of solemnization, followed by copulation, constitutes a valid marriage.” (quoted in The Wasp, 3 January 1885) Neither contestant denied the copulation part. The contract, however, was labeled a forgery by William Sharon, who said he was “too old a fish” to be caught like that. 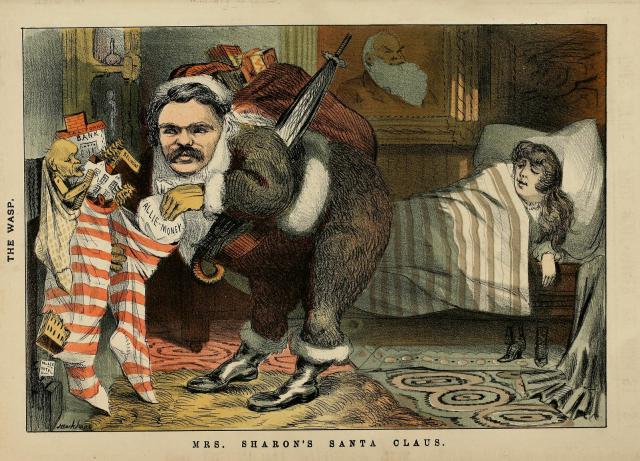 . . . And as a zookeeper in charge of a cage full of ravening creatures. “Sarah Althea” is the shrieking cat, and the two gorillas are her attorneys, G.W. Tyler and son. Senator Sharon is the baby being held by his attorney, Barnes. 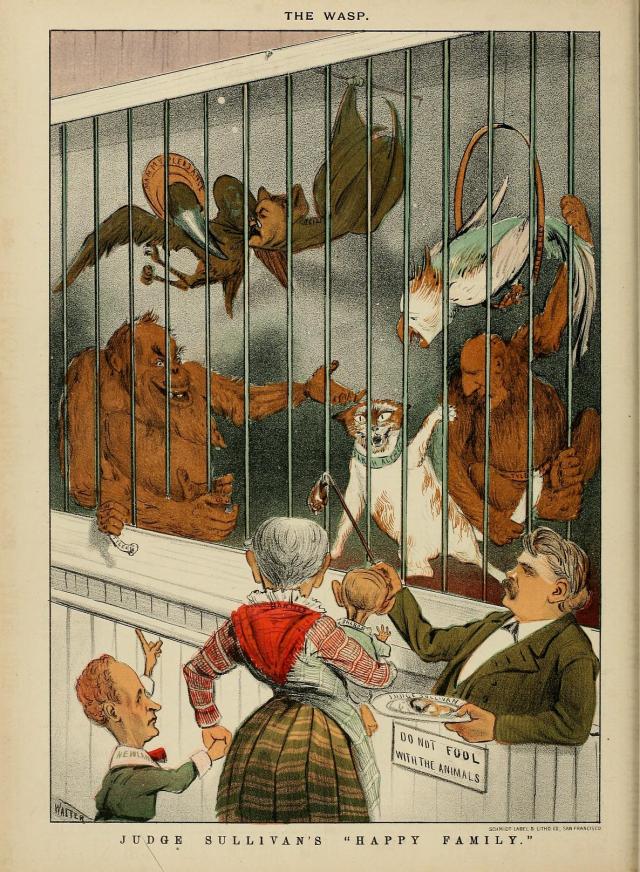