How to Write a Constitution, According to the Wasp 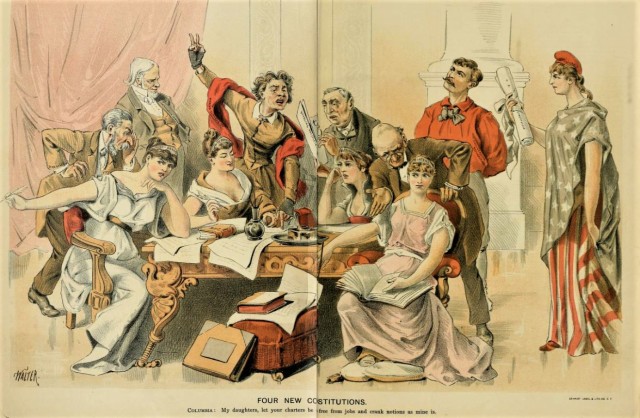 1889 was the year that North Dakota, South Dakota, Washington, and Montana all were admitted to the Union. And here we have those four fair ladies, sitting down to write their state constitutions. Columbia, on the right, is saying, “My daughters, let your charters be as free from jobs and crank notions as mine is.”

And what were those crank notions that beset the political mind in 1889? Behind the ladies, left to right, are a demagogue, a corporation lawyer, a proponent of women’s suffrage, a “boodling” politician, a prohibitionist, and a civil service reformer (in a red shirt). Is the civil service reformer meant to look innocent or devious? I’m not sure.

“Boodle,” in the political jargon of the day, was money gotten from bribes and graft. 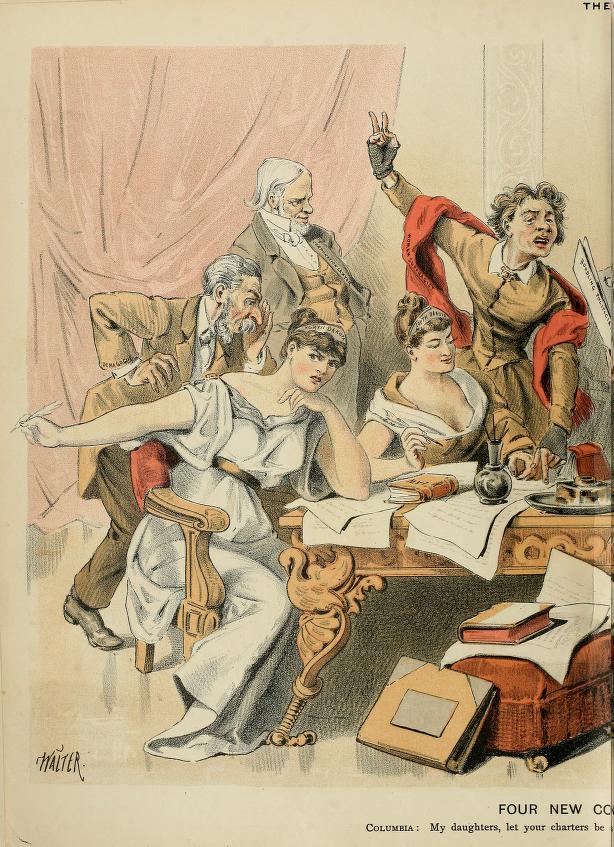 Not a fan of “Votes for Women,” were they? 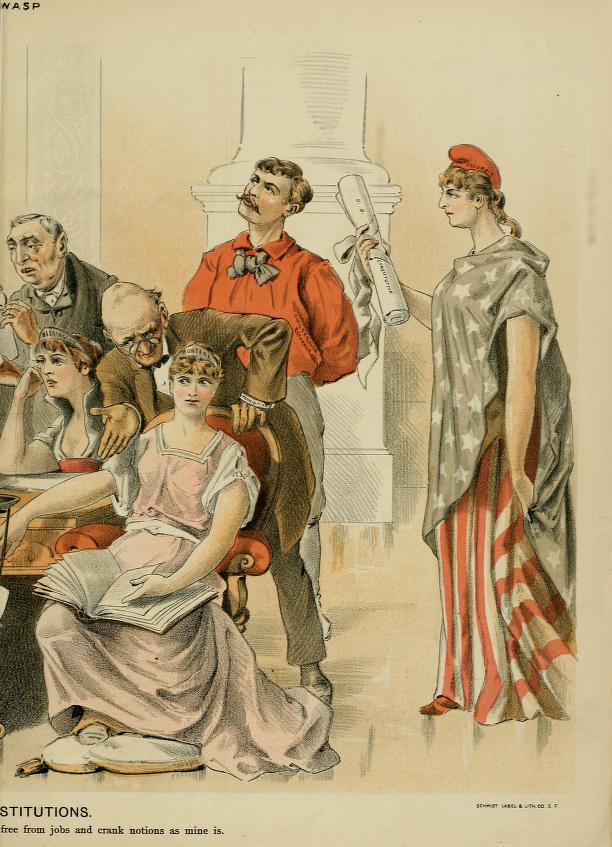 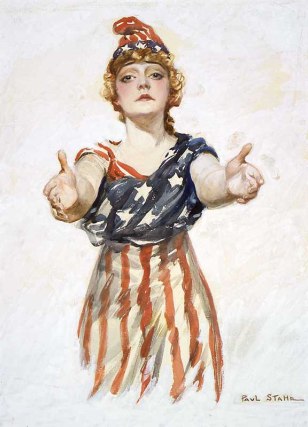 Columbia is wearing a Phrygian cap, or liberty cap, which dates back to ancient times and during the French Revolution became a symbol of liberty. Here’s a World War I poster showing Columbia with her American flag drapery and liberty cap.

Uncle Sam is still a common symbol of the USA, but we don’t see Columbia much anymore. Maybe it is time to bring back Columbia.

Here’s a bonus Phrygian cap for you, from the December 28th, 1889 issue of the Wasp. “The Advance of Republicanism Startles the World.” Our goddess here is not Columbia (no stars and stripes), but Liberty or the ideal of a Republic. The startled nations are Austria, England (with Spain clutching her robe), bearded Russia, and on the battlement, Prussia.